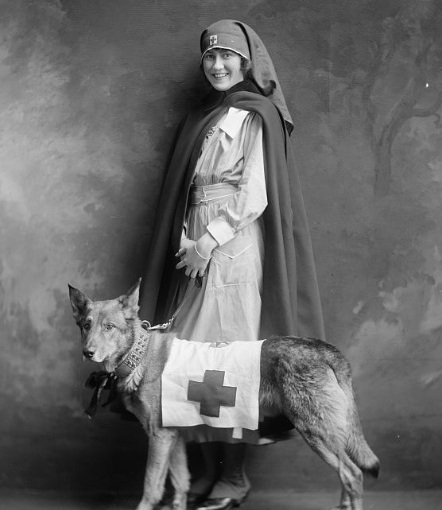 The reaper was dressed in the garb of a Red Cross worker, which was possibly why I didn’t pay her much heed at first. Only when I saw her turn toward Aldrich’s studio did I realize who she probably was.

I entered the building a moment after she did, and I listened as Charles attempted to argue with her regarding the animal. The shepherd, being a good dog, merely sat and waited for the man to finish arguing with his mistress. When Charles finally paused for breath, the reaper smiled and spoke a line I have heard many times in the past.

“I wish for my portrait to hang on the wall with my siblings.”

The color drained from Charles’ face, and he stuttered over his apologies, assuring the reaper she could bring the dog with her.

I had seen a few reapers clad in uniforms in the past, but they were generally for the military. The fact that this particular reaper wore the Red Cross uniform piqued my curiosity, but I held my tongue. She would tell me if she wanted me to know.

Charles hustled back out a few minutes later and fawned over the reaper as he escorted her and the dog into the studio. They were in for a short time, and when they came out, Charles couldn’t speak. Finally, he managed to clear his throat, and in a hoarse voice he asked me to take down the information in the ledger. Before I could agree, he rushed out of the room, vomiting.

I took out the ledger, and the reaper smiled at me.

I thanked her, jotted the information down, and asked, “What bothered him so?”

“He asked to know what I would do, and I told him I would kill by fire.” She shrugged. “Then the little fool asked what it was like, and I let him smell it.”

The smell of burning flesh is not easily forgotten.